Fun with the OSM part 3! 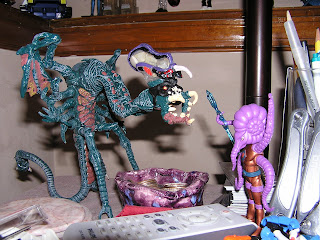 I previewed this pic over on the Horsemen forum, but here you go - Astro Nautilus wanders into the dimension of TOTAL CHAOS and fights Brain Drain, one of the creepiest creatures to ever escape McFarlane Studios. I would bet the Horsemen worked on this in some capacity. It's too cool not to have crossed their desk. 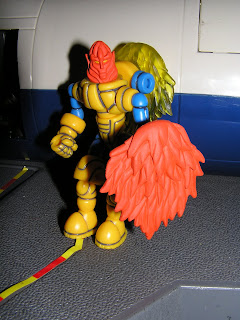 Another pic in the Glyaxia Command series...what Inferno looks like under the services of Glyaxia Command. The armor they have given him allows him to manifest different kinds of flame. 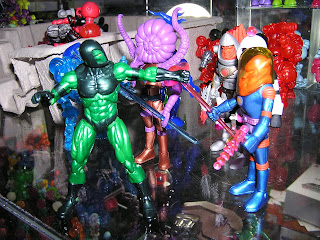 A Guardsman falls through the Edge of Space and battles the Spacemen. See? He looks right at home with the OSM - and the OSM with him. 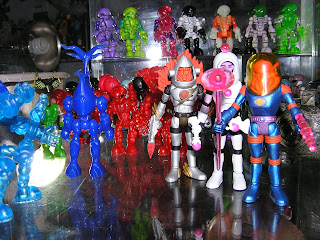 Another previewed pic - the OSM take their place in the Glyos universe, right in the middle of the Infection Wars. 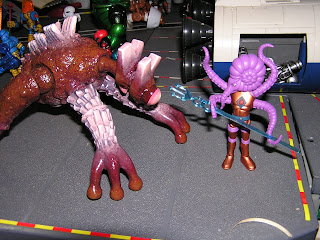 Astro-Nautilus encounters one of the varied beasts from the Glyos Universe.
Posted by John K. at 8:33 PM