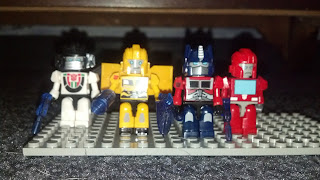 In the end, the Autobots stood triumphant again. This time, the Decepticons and their vehicles were taken to an Earth holding facility to make sure they could not threaten man and KREON kind again.
Labels: kreo toyfinity Transformers