There have been a lot of Govurom bonus heads in shipments of Glyos recently...so I finally had some time this past weekend (tied in with the trading aspect I mentioned in yesterday's post) to put bodies together for them. 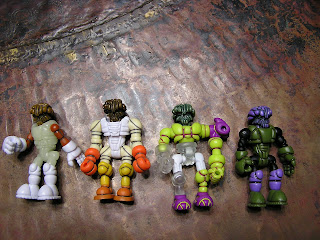 I think the above pic really illustrates how low my parts supply is running.
But I really like the purple-headed Gov. 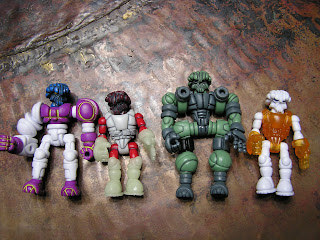 Mucha happier with these guys. Well, three of them, anyway.
(the second from left in this pic is my fave of this pic, and in my top three of all the ones in the post) 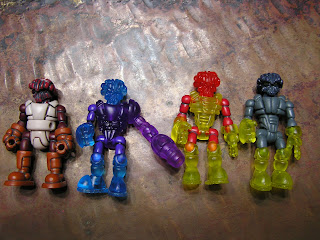 Four solid builds and colorways, IMO. The first one on the left is my take on a new "standard" Govy. I wanted him to be a little different in build than the previous guys.
The one on the far right really reminds me of something...any ideas of what could have inspired this colorway? I'm not asking because I know - the colors are suggesting something to me, but no idea what. 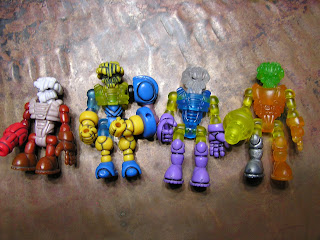