Updates on Power Lords and Zeroids!

As part of the reorganizing, I wanted to get some of the more special collections into better spaces...Power Lords was one of those. I had the figures on a shelf, but really wanted to get the Volcan Rock into the mix. I mean, I did unbox this one myself to make sure I had a super-minty example. 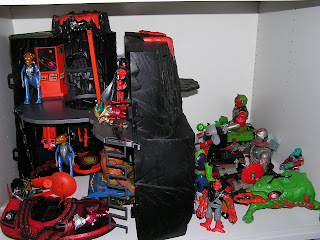 In the storyline, the Extra-Terrestrial Alliance has finally located the Power Base. Drrench was their first target. He decided to warn Adam Power that the Alliance was coming for him, reaching the Power Lord and his friends just as his life was ebbing away. 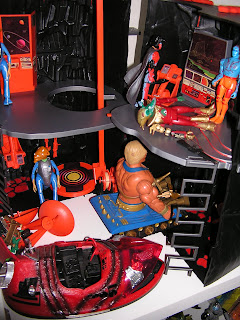 The Alliance has arrived! And they have some devastating new members. To quote Danny DeVito "criss-cross!"
The battle will be immense... 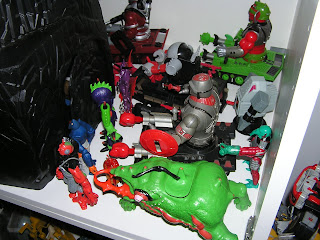 Meanwhile, back on planet Zeton... 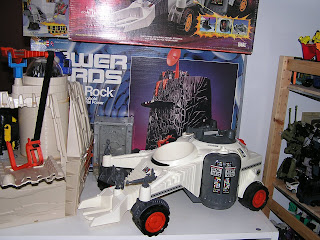 Maxx Steele meets with his "father", who has a message of grave importance.
Maxx's "son", one of the Zibit race, listens in, as one day he will be expected to lead the Robo Force. 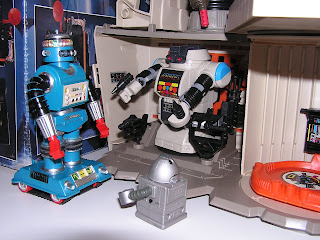