Based on the Google stats, one of my post popular posting times is right after SDCC. I can't imagine why...(close sarcasm tag here).

Honestly, SDCC this year was shitty for me in most respects. The lines were out of control. Too many people in attendance. Those fucking bags that go on people's backs that they fill with poster tubes that clip you in the face as you try to move through the hall...THE EXCLUSIVES. So many bad experiences this year.
The sole saving factor this year was the people. Met lots of good people this year, saw old friends, had good times, even fanboy-nerd-raged on some industry folks (sorry, you-know-who!).

For instance, here is a random out of the hotel window shot of a random crowd of people: 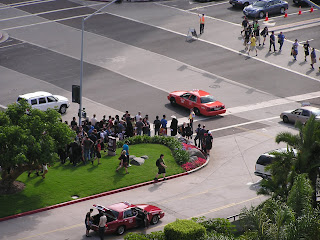 Massive crowds.
Meanwhile, in the room... 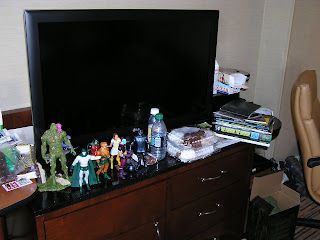 A mess of toys and food and water bottles! And smell. Such a horrific smell. 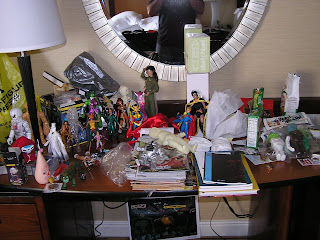 More toys that were picked up by people at the con.

One of the only cool things was Comedy Central set up a special South Park area in a parking lot across the way. Had some good times here. Should have gotten a Mitch Connor tattoo. 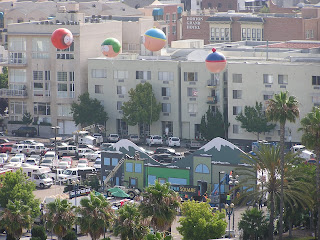 And, presenting the SENSATIONAL CHARACTER FIND OF 2011! 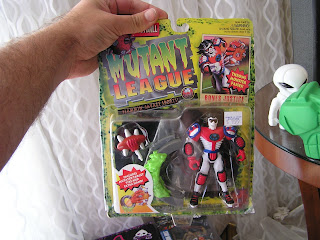 Bones Justice!
Really, this piece generated more discussion than was rational. Not bad for an obscure GALOOB toy from the 90's.

You're such a tease with the last pic!

I remember Mutant League, forgot for a minute that there was a toyline for it & even a cartoon show now that I think of it.

SDCC seems to just be growing to that point of just getting too big for it's own good. It's such a giant mecha of Cons that it's virtually impossible to attend it on a whim. Beth & I had thought of going there several times, but we're more happy with NYCC these days; smaller, cheaper and more local.

Cool toys, I had NO idea Swamp Thing was THAT big. I just assumed he was a regular sized figure. I wanted to pick him up, but I'm not 100% on him now. My mind may change though, I need SOMETHING to fight my Marvel Legends Man-Thing figure.