Been busy with a lot of stuff, so some quick info dumps over the next few entries. 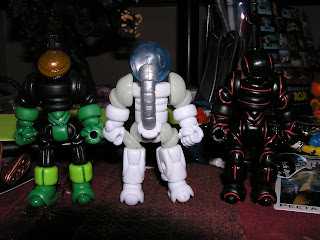 The only real limitation currently is the number of parts it takes to build one of these guys. You need at least two Axis sets per figure. So far, anyway. 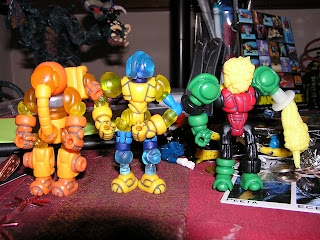 Another Glyanaut, plus a Glyaxia Command Sentient Buildman, and a Chaos.
Now, I have seen many requests for junk Chaos figures...they really don't exist. This is one of the few mess-ups that survived the process. If I were to turn around the head and probe arm, you would see that they are completely blank. Half of the mold did not fill with material, leaving a very damaged set of parts that is only good from the front. 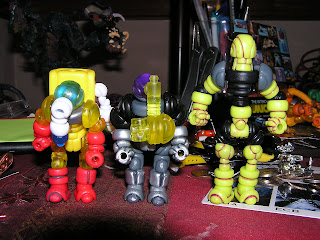 More Glyanauts. The one in the middle of this pic is the one I have been playing with the most. 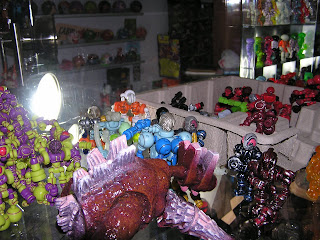 The Delphi fight a new monster that has appeared in the Glyos system. 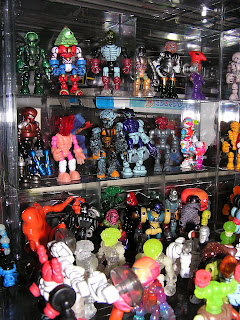 A quick shot of the part of my shelf that contains unofficial Glyos creations by artists in the community.
Inclusion of someone's work onto this shelf (or not seeing someone's work here) does not mean
I am for or against their works. There purely is just not enough money to get one of every piece someone does.
Posted by John K. at 9:54 PM