Got a bunch of stuff together over the Christmas break... 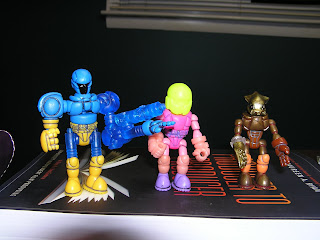 Here is the Glyaxia Command Order member, a random Sucklorian, and a creation using one of Spy Monkey's fantastic heads. 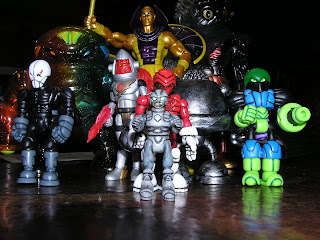 I posted one take of this pic over on the Glyos forums, but for scale purposes, here is an original Rechlen with his bigger production brothers. And Golden Pharaoh, a gift from my Bro for X-Mas. Thanks Bro! 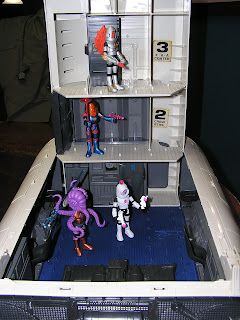 Here are the OSM in the old Gi Joe Defiant Booster shuttle piece. They look perfect in it. 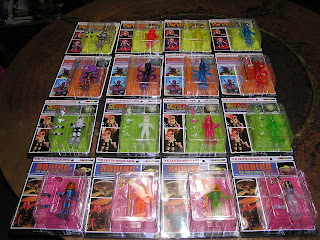 WHAT IF? Palisades had the contract for OSM?
Kidding aside, I love the variants, and because of the Horsemen's suggestion, I put my Alpha, Beta, and Holiday waves on cards to see how they would look. They look great!

Next, we move on to the Renegades. There was a recent Custom Corps of the Gendrone Renegades, and my figures were delayed for a number of reasons, so I only got them last week with the NEW Axis Joint/Govurom wave. So I made my own! 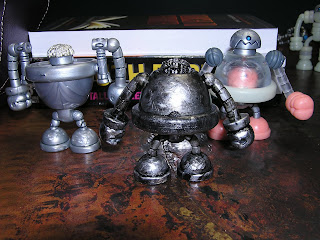 First up, we have an original configuration of mine with a metal Renegade head; one of the first custom versions of Protobon/the Renegades; and a screwy original combo of my own design, with Axis Joints. 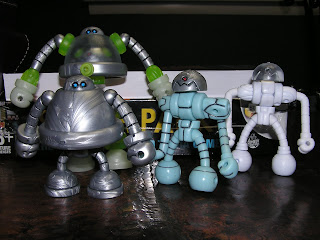 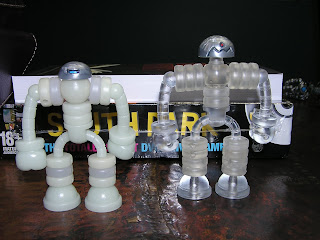 My take on the "hard light hologram" body figures. 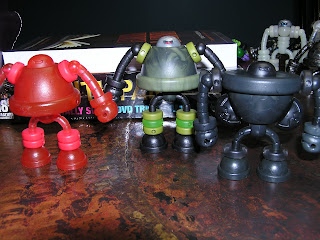 The "test shot" brigade. These guys were original Gobon test-shots...but fully functional. So, with some Phase Arm bits, they become Renegades! 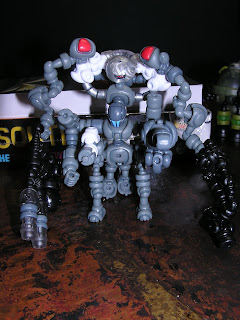 Onto the big guys...I wanted to make some really crazy Renegades. Part of the ongoing storyline is that the Gobons hate the Gendrone Buildmen, partially for replacing them. So many of the Renegades make Buildmen into their weaponry.
I took this concept in a slightly different direction. The Order have some mechanical members in the universe, so this Renegade adapted Order tech into his modified body. Part of the Renegade philosophy is to evolve beyond their original limitations. Hence, this new, more powerful body. 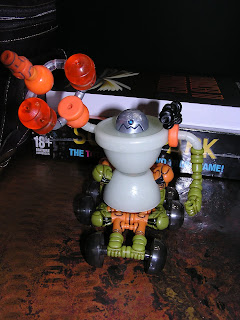 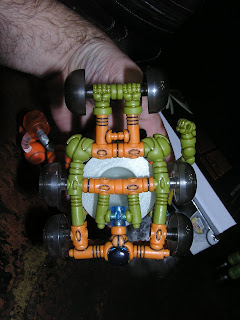 The above Renegade had a similar idea. Using Order tech and parts from a fellow dead Gendrone, he has upgraded into a wheeled configuration. He also carries a triple Phase Blaster. 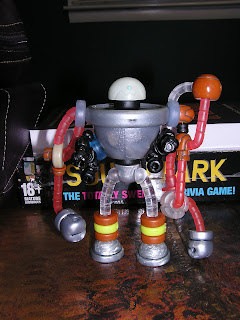 And the high commander of the Renegades. He rarely goes out into battle anymore, but has reconfigured himself for maximum amounts of power consumption.
Posted by John K. at 8:35 PM