The universe is SCARRED

Throughout time and space, in all of existence, there exists Pheyden.

Why? What were the circumstances that brought this mysterious being to life?

Only one race knows, and the eternal quest of the Glyos system for those who ask why is to find them, even if none of those questing for the answer know the question.

One being that is looking for the answer is one who has been through a large amount of pain in his life. A Pheyden with no known abilities, not even the ability to travel through time and space. A Scar Pheyden. 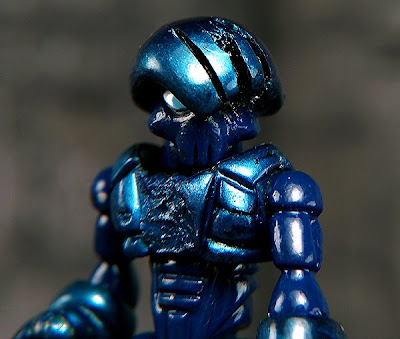 His battles have been long, his left eye taken in battle, armor worn from years of searching and killing. Now, a lead earned through the destruction of a hidden Sincroid outpost takes Blue Scar to the planet Pyros, in search of the second Buildman: 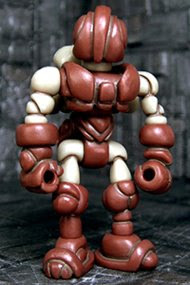 The Second Buildman has been hidden away since hundreds of years prior, when Ranic Pheyden and the Buildmaster assembled the first Buildmen prototype. This was the second prototype, and he contains a unique chip, carried forward in no other Buildman before or since, that Blue Scar believes is the key to the question - why?

What Scar does not know is that his mission will soon intersect with two others...
Labels: buildman custom Glyos pheyden ranic scar