But it is interesting. 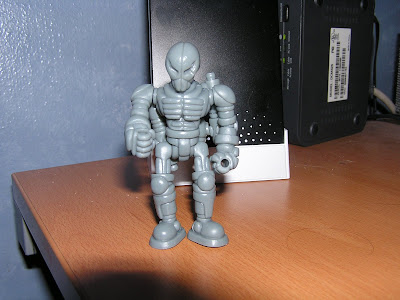 So basically, I'm showing you a "test shot" of the figure from an early stage where the figure is completely sculpted, but all of the fit functions have not been completely worked out. So, enjoy some pics of what you can build with Callgrim, and some alternate looks for him.

One note: I like some looks for my weapons and such that have a very unfinished look, so many of the guns have utilized this technique of building. You also know that I am all about raw pics, so all of these are in my "photo studio" - i.e. my computer desk. 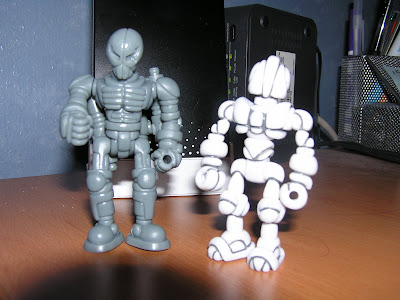 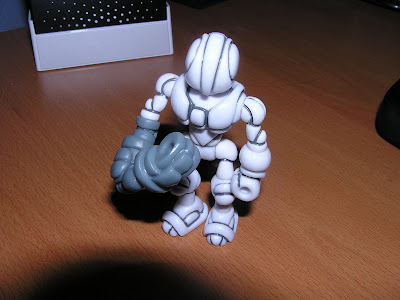 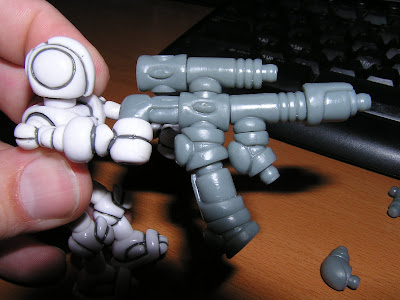 With my favorite - a Black Hole-style blaster. 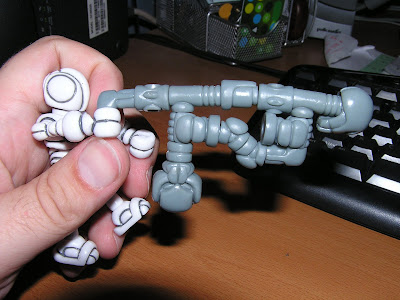 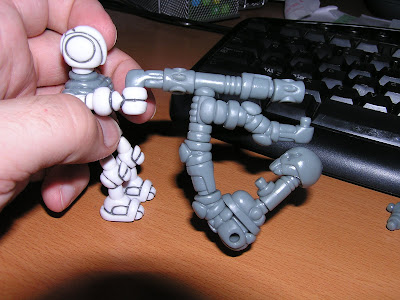 And a flame-thrower with a skull-head grenade launcher underneath. 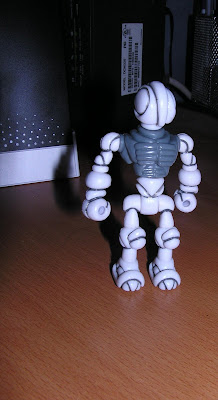 How does he look after working out? Callgrim is BUFF. 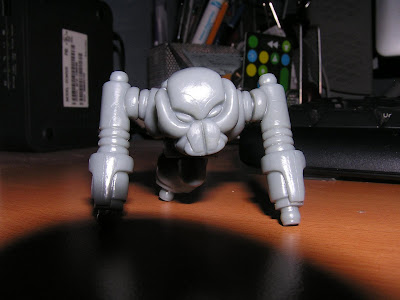 Creeping up on Buildman...a Skull Crawler. 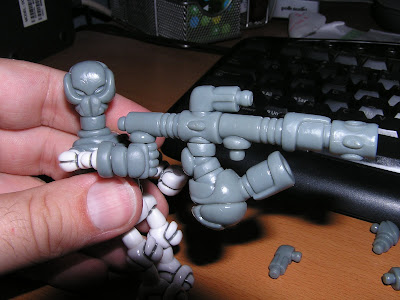 Whoops! Looks like someone got beheaded and replaced with a Skull Trooper (dunno the actual name of this head/backpack, but we should soon!). With another gun. 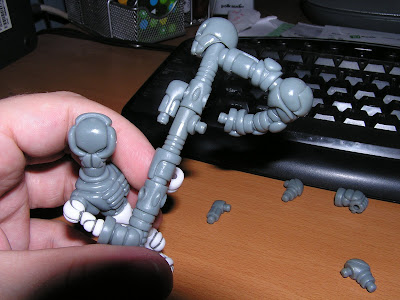 With a big scythe. 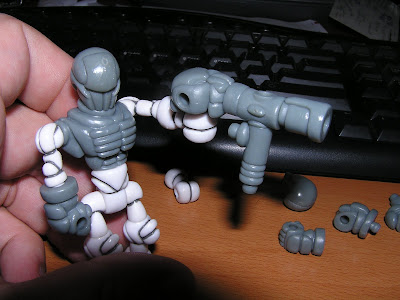 The other alternate head, with a short and sweet hand gun of death. 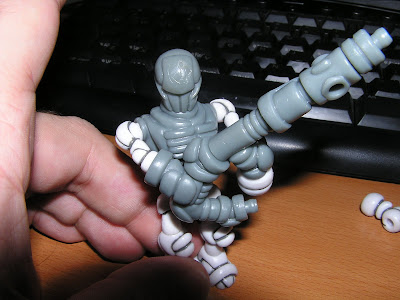 Carry a big gun and...kill everything. 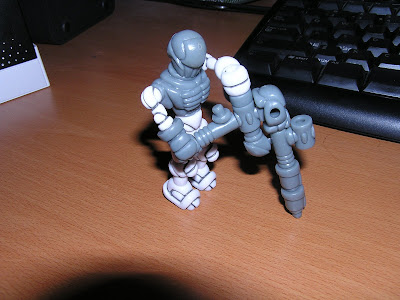 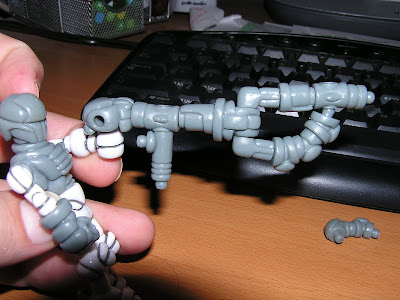 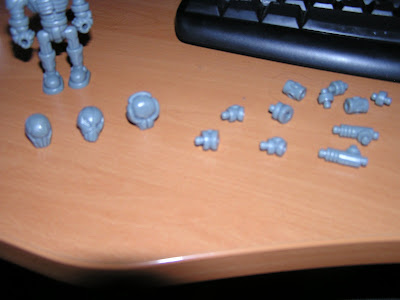 Pieces of Callgrim. Lots of pieces. 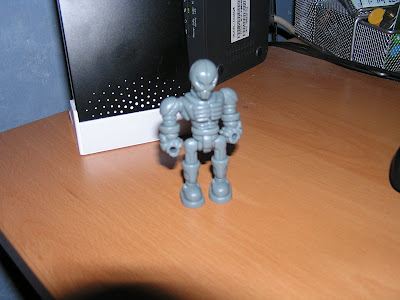 You can make shorter versions by taking out the middle arm and leg pieces. Like so. 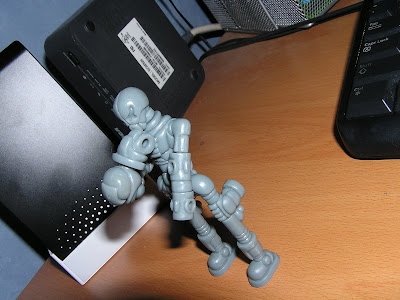 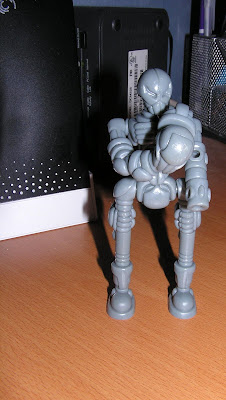 From another angle. Tall! 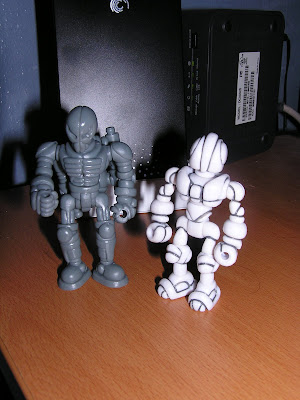 Friends again...until the next time...

Anonymous said…
O_O!!! Sweet merciful crap you can do alot with Callgrim. Gah, I need more money. Maybe Matt will start excepting custom heads as a form of currency? O.o??
July 17, 2009 at 8:28 PM

Matt said…
Callgrim must have been designed with that AK-47-style gun in mind. There's no way something that cool could be an accident.
July 17, 2009 at 9:59 PM

krakit said…
Thank you so much for sharing
so many cool pics of Callgrim.
I'm really liking the small
pieces in his body and his
pistols. In your full body
photos of Callgrim are the
pistols connected to his back?
July 19, 2009 at 9:07 PM

John K. said…
Krakit, yes, the pistols are attached to his back in the full-body shot.

If you go to the ninth pic down, I repurposed the backpack (looks like a skull) with the guns on the side for a little monster I call the Skull Crawler.
July 19, 2009 at 9:52 PM