With SDCC impending, it is time for some posts!
(truthfully, I have just been mega-busy). 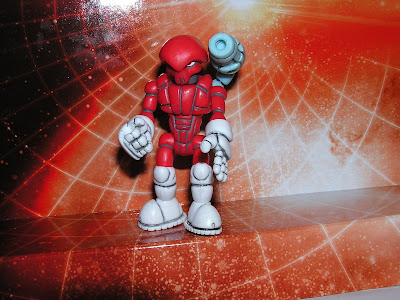 In their rampage throughout the universe, the Granthan Corps, a splinter group of the Lost Sincroid Army, terminated the being known as Aves. The event was traumatic, a weapon known as the CrushBuster tearing space and time itself and eradicating Aves from existence.

Some time later, a new Pheyden appeared. Fused with a mechanical arm that seems to have an intelligence of its own (and that had picked up a Phase Arm somewhere), he hunts the Granthan Corps. But he does not speak, even when in the presence of his fellow Pheyden brothers, who can sense something...amiss with this Pheyden.

Will he ever find peace? Is he searching for vengeance, or something more? What constitutes life?
Posted by John K. at 3:39 PM