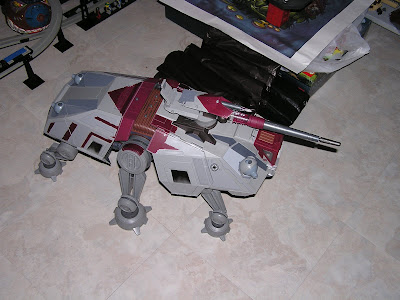 Flippin' finally! Found the last one in NJ in a K-Mart, on clearance. I wouldn't have bought it otherwise. Not bad. 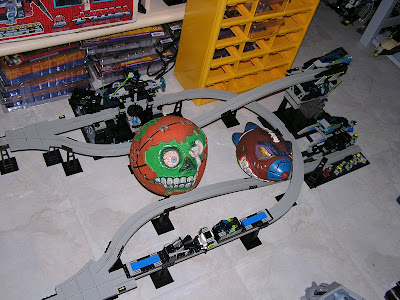 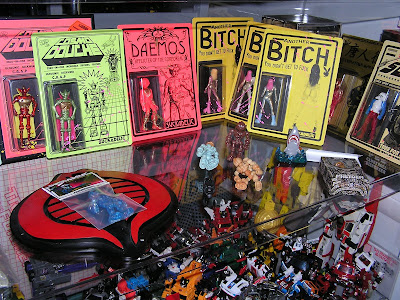 The suck-shelf is coming along... 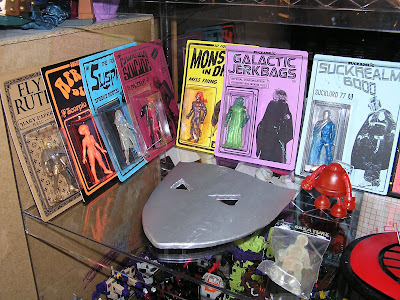 ...and quickly becoming crowded. I think some of the non-faves will be moved to another shelf, or behind the other figures. 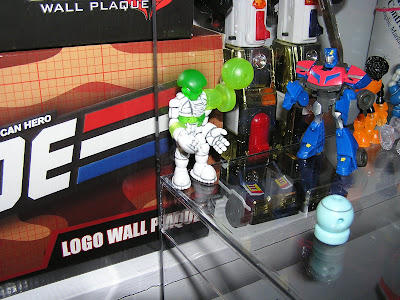 BioPheyden Mark II gets an upgrade! 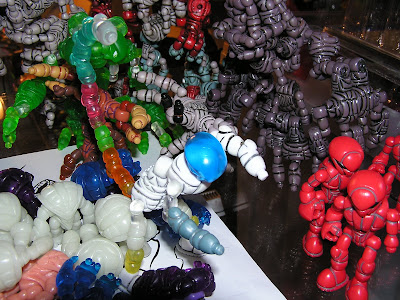 A crazy custom creation by my brother, wading through an army of Crayboth. Check out that tail! 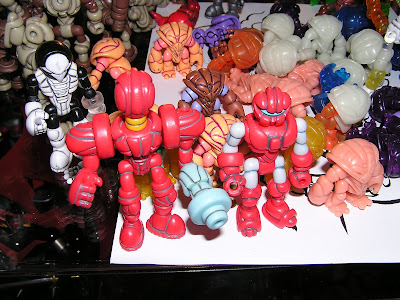 Big Red gets a new head, along with the debut of Iron Buildtron MKII. 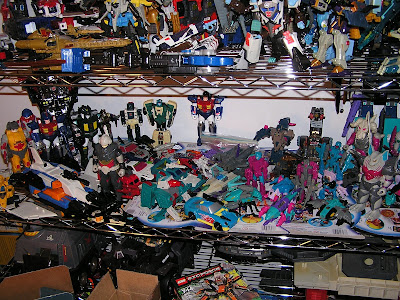 Re-arranged my TF shelves a bit - this is Masterforce. 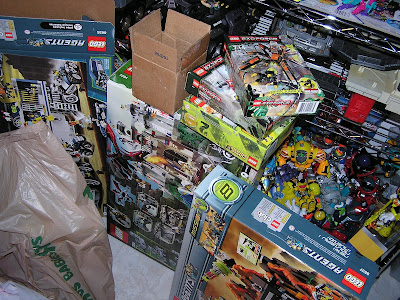 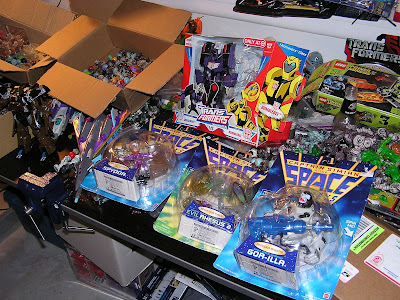 Other random things that have shown up at the house - Captain Simian, Vector Prime, a Power Miners set, Darkwind, Shockwave Animated set... 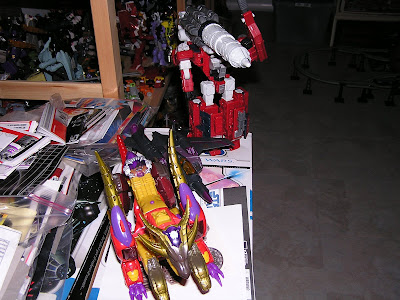 and Countdown, Bruticus, and Animated Skywarp.

Something I would love to find: Captain Simian Gormongous. Has anyone ever seen one in person? Does anyone have one out there? Just an e-mail confirm with a pic would be good enough for me.
Posted by John K. at 9:11 PM