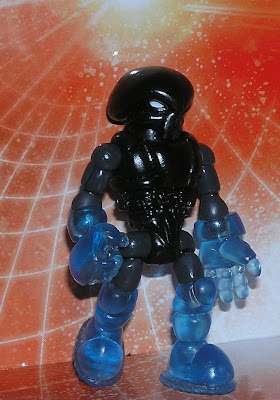 At times, the universe seems as if it is playing a cruel game, which only it knows the rules to.

The Pheyden known as Haxx was badly injured in a terrible accident, and took refuge on the desert planet, Ceipse. His mind warped there. He could no longer feel his connection to the cosmos, and started to lead the life as a hermit.
The universe had greater plans for Haxx - or perhaps it didn't, and there was no such thing as "the universe" manipulating all events. In any case, there was an occurence of energy that only one being can recognize, and which is known to him as "the Pheyden Effect".
A Pheyden is created during this influx of energy into the Glyos universe, popping up on a planet, or in deep space, wherever he is needed.
The Pheyden effect started to occur on planey Ceipse...during an eclipse of their three suns.
Who can say what astrological phenomenon play on the universe? The forces of time and space were subjected to incredible strains - and when the energy dissipated, there was no new Pheyden in sight.

But the next night, when the suns had set, Midnight Pheyden arose from the shadows. He feels that one of his Pheyden brethren is out there, somewhere, but his connection to the cosmos has also been damaged.
Midnight searches for his brother, travelling during the night, trapped in some ether dimension during the daylight. He hopes that together they will be able to restore him to some semblance of what a Pheyden should be...but this story will not have a happy ending.
Posted by John K. at 9:40 PM