Not all of the varied looks that Exellis has shown are module-based. 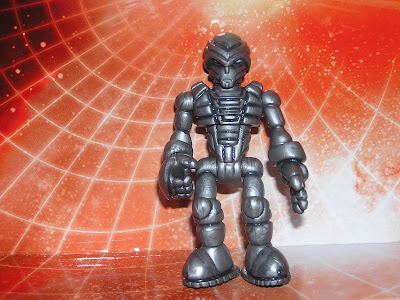 Eidrallim Exellis is not an ability that came from a module.
On the planet of the Eidrallim, Exellis was following a lead to find the next module in his quest to discover his true identity and what his primary purpose is.
He was attacked by the warrior Eidrallim, a race of insect people. Switching to Solaris module, he stopped the attack and communicated with the Eidrallim.
The Eidrallim took Exellis to one of their sacred places, and coated him with an indestructible metal that their greatest warriors used when going into battle.
Exellis was surprised to find that his Aves module had a secondary use - it converted the metal into another power for him to switch to, counting it as one of his modules.
As with most of Exellis' powers, for reasons which will become clear to him in time, the duration of switching to this armored form is ten minutes. His strength is increased slightly due to the density of the metal, and the armor can shrug off a combined Phase Arm/Gendrone Blaster shot.
Posted by John K. at 10:05 PM