Give the people what they want - Glyos Checklist F020 - Govurom 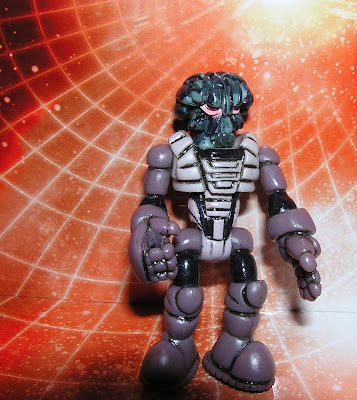 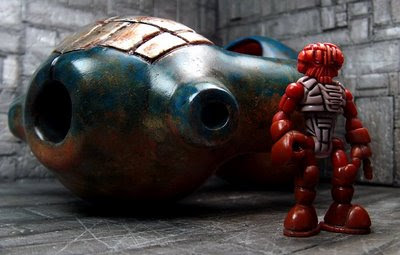 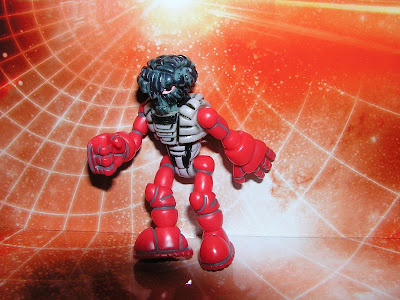 my take on the official version, with custom painted head

From the Glyos Transmission Weblog 4/22/08:
For the pilot, a new character makes his appearance in the Glyos System...Govurom! Grosser than Phanost and crustier than a Crayboth, Govurom is a twisted Sincroid that has fused with a renegade version of Pheyden. Containing two personalities in one body has taken a toll, creating a very decayed and warped visage that is horrifying to those who look upon it. Even though his mind may be slightly bent, the being known as Govurom is extremely dangerous and unpredictable in his actions, piloting his Dimension Jumper throughout multiple realities in search of ancient ruins and their legendary artifacts. His ultimate reasons for these quests remain a mystery.

Currently, Govurom has not been officially sold by Onell Design, outside of one auction in New York City, and potentially the "official" version shown above. There are rumors that he may be coming soon in some format, but this remains to be seen.

Somehow, a number of Govurom heads are out there, cast in colors such as orange, grey, light grey, blue...there may even be red ones somewhere (I personally am looking for a red one). The reason for this rarity is a process known as "hand casting." A mold is made that will yield from five to twenty-five good castings, depending on a number of factors.
The time and skill of the person who does the casting can be expensive - which is one of the reasons everyone out there is not making their own mass-scale toy lines.
Posted by John K. at 10:04 PM