Today's update is one of the few official figures that have been featured on the Glyos blog that you can create using parts that are available, but that was never officially sold as a figure. 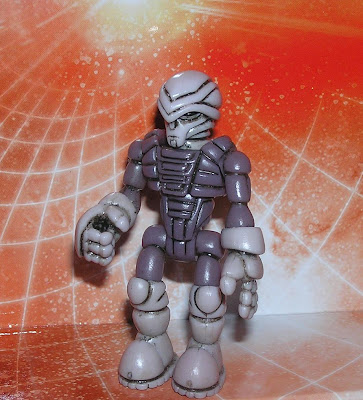 This is Exellis in his Capture Suit.
A Capture Suit, as listed in the official documentation of the Glyos System, is "a specialized outfit that can customize to its surroundings and includes an automatic response system that protects the user from harsh conditions."

PLEASE NOTE: the figure shown above has been customized with extra dirt, just the way I wanted it. The parts for the figure were sold to me in a clean condition, which I then dirtied up.
Remember, it is up to you how you customize your figures. Go crazy!
Posted by John K. at 8:19 PM