As a younger dude, I watched a lot of movies. And a lot of shit movies, at that.
In the late 80's, a new crop of action heroes started to appear, attempting to steal the thunder of Stallone, Schwarzenegger, and Norris.
One of these stars-to-be was Jean-Claude Van Damme. My first memory of him is in the film Bloodsport. One of my best friends used to get all of the movies and check them out first, so we would then watch them after he recommended them. Bloodsport was one of those films. And it was pretty good.
Over the years, Van Damme would put out a number of films...the last one I saw in the theater was called The Quest. It was pretty bad. A lesson I learned from Van Damme is that you have to try and get your range set early on - be in a lot of different movies at the start of your career. Once you have three or four hits, they are going to keep putting you in the same films over and over again until the formula runs out and then they will move on to the next guy.
Jean-Claude put out a film this year - in theaters again - called JCVD. I would recommend seeing it - it has JC playing "himself", showing that his life is not all that awesome, and how delusional he can be at times with things that happen to him.

Anyway, now that I have talked about Van Damme for a few hundred words, I'll explain how it ties into Crank.
I've found that my most preferred type of film is horror - I enjoy the scenario of horror the most, and its most common aspects - fear, effects, terror, fantastic situations.
Action movies are enjoyable, but frequently I find myself eye-rolling at the films and their formula. Every time Con Air comes on tv, or Armageddon, I shake my head at the ridiculous situations and heart-stopping action that occurs - jumping! right out of the way! of a speeding train! which smashes the bad guys! While rescuing your wife from terrorists and fixing your marriage, which allows you to hang up on the president...just not something I enjoy as much as horror.
(yes, Captain Sarcastic out there in Internet land, I know horror films are unrealistic too. I just enjoy them more).

Jason Statham is an actor that I have seen in a couple of films, but haven't followed too closely. There was a scene in one of the Transporter movie previews where he deflects a missile with a plate or a briefcase or something, and I clapped my hands and said "this isn't for me". Its also a part of getting older - example that I like was when we made my dad take us to see Interview with the Vampire. He watches about twenty minutes, turns to us and says, "This is Dracula again" and walks out of the theater, leaving us alone to watch the film.

In the movies I have seen Statham in, I thought he wasn't bad. I just had no interest in seeing any of his other movies. In a discussion with my brother, he mentioned Crank to me and told me the ending, which didn't bother me because I didn't care about seeing it.
A couple of days ago, Crank was on cable, and after he had told me about the end of the film, I was curious about how it could wind up that way.
I won't do spoilers for the film, just in case there is that one guy out there who hasn't seen the movie and is waiting for the Mayan Doomsday to check it out (I am doing the same thing with the Dark Knight). But I have to say that I enjoyed a lot of things in this movie - the premise. The acting, surprisingly. The twists and turns. Amy Smart. And the ending was pretty cool.

If I were going to rate this movie, I would give it somewhere between three stars and four, out of five. Very enjoyable film - and I am looking forward to the sequel.

ADDENDUM 12/10/08: I have a shelf of DVDs that I intend to watch, some I have never seen, others that I want to watch again. I pop Ghosts of Mars in - the underrated John Carpenter 90's movie - and there is Jason Statham as one of the police officers. Huh.
Labels: JCVD movies 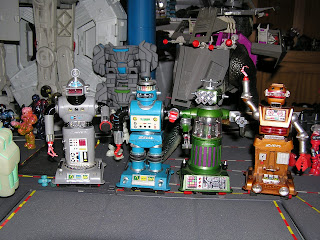