With the recent news that Waves 3 and 4 of the Outer Space Men are finally seeing production (yes! four more down until we can have the full collection on our shelves!) with the Alpha Wave possible for SDCC, and based on this post over at the Onell blog for new potential characters AND this new site by Mr. Birnkrant, I know one thing: we NEED to have more OSM on our shelves. I'm dying for some of the variants as shown on the Onell blog, especially. But as I can see by looking over the Glyos forums, people have not yet embraced the customizablity of the existing OSM and the variants that can be achieved with just the existing figures.

So, here are some snapshots from my collection - both of the OSM collection as it currently stands, and of "Astro-Nautilus Around the World". 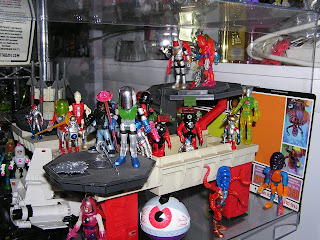 The OSM in their base in their original universe. Here, many different space beings come together to help protect the cosmos from evil. 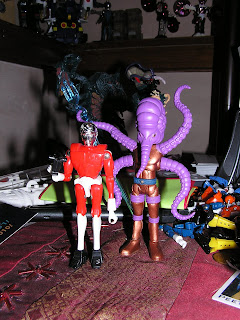 When the OSM journey to the Microman dimension, they are escorted by the Microman Police Keeper division to keep them safe from the forces of the ACROYEAR. 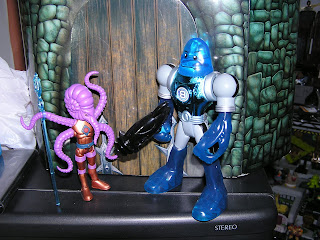 While falling through the Edge of Space on the way to their ultimate destiny in the Glyos universe, Astro-Nautilus runs into another protector of Neptune, albeit one from Earth-2000. 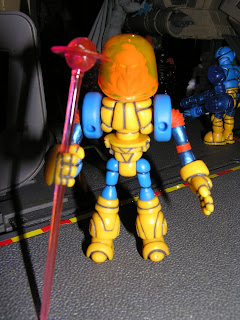 When in the Glyos universe, the OSM are accused of a crime committed by one of their members who has been driven insane by the trip through dimensions. Eventually, they are caught by Glyaxia Command, and given two options: join them, or die.

Other things fall through the Edge of Space from time to time. This is one other entity the OSM encountered.... 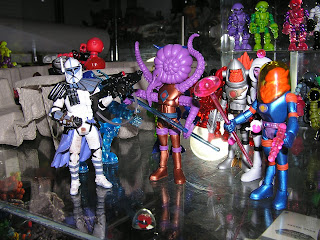 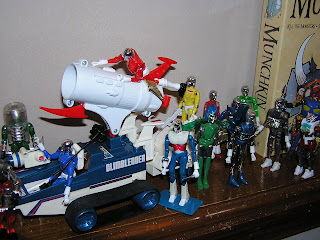 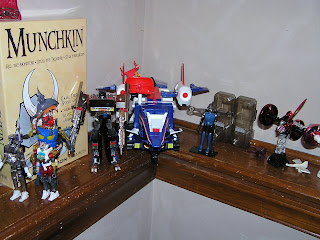 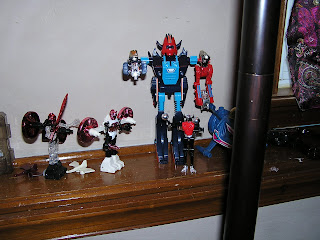 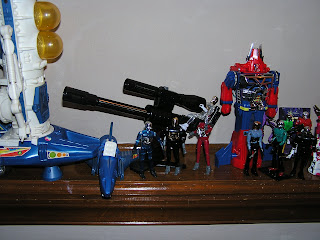 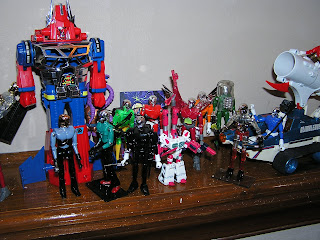 Again, a big thanks to Paul L. at Microforever.com, without whom there would be no site to tell the English-speaking world about the personalities of these guys. Did you know that M255 Steve (as seen in this final picture) trains with the Spy Magicians?
Posted by John K. at 10:26 AM No comments:

Blasts from the Past! And the Once and Future Base.

Sorry for the non-update status - been working on a few things. Check out mrpotent.com for more details on that...

But on the toy front - Food Fighters!

I was cleaning out the old pictures on my computer and found this one.
One, quality of pixels has really increased since 99-2001!
Two, I can almost figure out when this is because you can see the five Euro-only variants at the bottom of the pic, but no Combat Carton (obtained that after the Euro guys).
Food Fighters was a great line - shame that the Fridge never saw production. 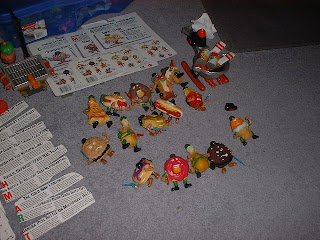 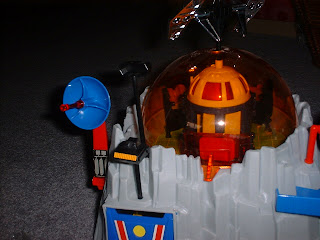 Also found this pic. Of a long-sold base for a fun, non-US line of cybernetic heroes from the 70s...
But it is returning. I guarantee a full review when it does.
Posted by John K. at 9:43 PM No comments:

One, can anyone identify these? 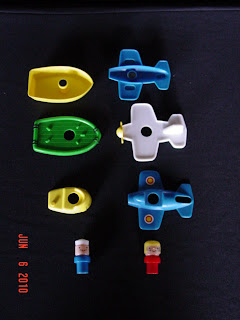 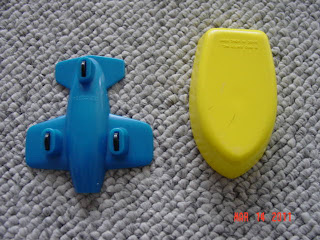 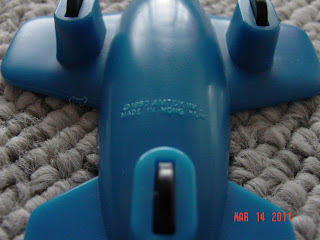 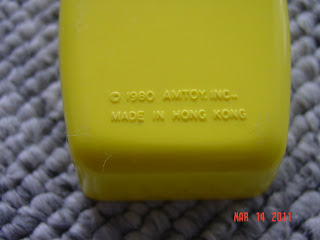 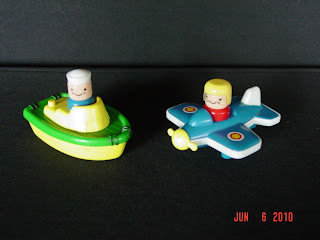 They are a mystery to everyone.


Two, anyone have one of these figures as shown in the right of this pic for sale? 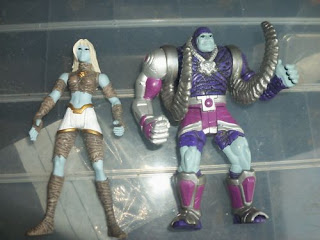