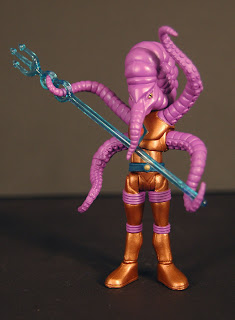 Jump over to their site for the rest of the information. You can get the set of 4 for only $40 plus shipping! I have been waiting almost 20 years to get my hands on versions of these characters - and now it is completely possible.
The OSM are completely compatible with Glyos, meaning there are infinite combinations possible using the pieces.

Also, make sure to stop by and see the Horsemen at the New York Comic Con next week! 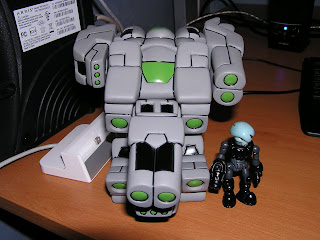 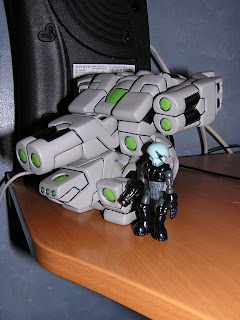 To assist him in his travels through the Glyos system, Agent Nemica is given access to the Rig warehouse of Glyaxia Command. Building his own custom version of the vehicle, he sets off for adventure.
Posted by John K. at 9:10 PM 3 comments:

Stuff I no longer have - Jumbo Machinders! 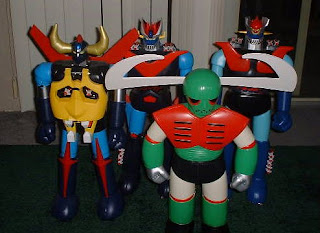 A big part of collecting for me is learning that not everything I buy is something I should have. These guys were part of that.
Sure, I love Mazinger and his brothers as much as the next Super Robot fan (unless it is one of my bros from CollectionDX, because they take it to a whole new level). But what I realized about these guys was that I didn't really want a 24 inch Shogun Warrior figure. It is impressive to see a ton of them in a room somewhere - again, check out CollectionDX for some pics - but I prefer the SOC releases.

Wherever these guys are, I hope their current owner is enjoying them.
This pic is so old the current wrestling champion was probably the Rock!
Posted by John K. at 11:14 PM No comments: 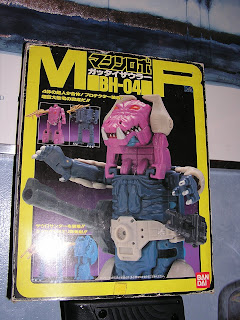 Did you know there was a Rock Lord COMBINER?

I went on a Rock Lord kick a couple years back and picked up this guy overseas. Fun toy - strange combination. I just wish that the hips weren't so poorly designed (they are on a hex post that slots into a hole, and it just doesn't work right) and that the toy was more affordable so more fans could have one.
Posted by John K. at 10:45 PM No comments: 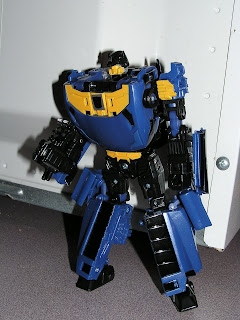 In the long era of Cybertronian war, the time arrived where subterfuge was needed. The third of the Autobot spies was Punch.
An evaluation was done of his psyche, and he was found to have the perfect attributes to be a deep cover spy: an amount of friends that did not make it difficult for him to disappear. Deep love for causes he believed in. The ability to do whatever it takes to complete a mission. A level of thought that allowed him to segment the parts of his life so that he could function without guilt.
At least, that is what he thought...
Punch was completely successful in becoming a Decepticon named Counterpunch. Wheeljack and Ratchet were able to configure a second robotic form inside of Punch's body that looked completely different than Punch's main form. Counterpunch was not a spy - he started in infantry. Killed a few Autobots. Started to move up in the command structure. These activities did not affect Punch - it was for the greater good of the Autobots, he told himself.
Carefully, he fed information to the Autobots. Soundwave was the biggest block to doing so - he had spies everywhere. The situation became more and more dangerous until an operation so big and so secret was put into place by the Decepticons that Punch was forced to blow his cover and report to the Autobots. It was worth it - the plan was foiled - but the decision was made to retire Counterpunch. A fake body was put onto the battlefield that matched Counterpunch without ever bringing any suspicion on the reputation of "the valiant Decepticon commander."

Punch continued on with the Autobots, remaining active through the G2 and Armada years in an administrative function. During the Generations period, he was put back into active duty as a warrior. This did not last long, as he was crippled by severe processor malfunctions that left him offline for unknown periods of time. Optimus Prime took him off-duty.
Punch started to feel suspicious about his processors, and broken into Autobot records to find out his diagnosis, which Ratchet had continuously kept from him. The report was shocking - Punch's memory banks had segmented themselves into a readable sector and an unreadable one. When the Autobots tried to examine the sectors closer, more sectors destroyed themselves.
And somehow, Counterpunch had been seen again on the battlefield. Which was impossible - Counterpunch was gone. Punch could feel his processors crashing. As blackness overtook him, he had one final thought - is this the death of one life and the start of another?
Posted by John K. at 11:30 PM No comments:

Here are my pulls: 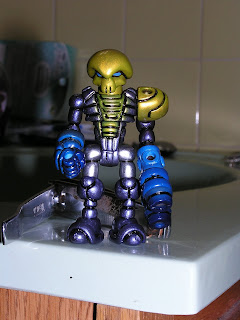 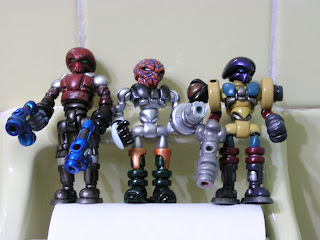 Some neat color choices in these guys.
Posted by John K. at 11:27 PM No comments: